back to search results

Bust of York, Mount Tabor Park, Portland, Oregon, USA. On 20 February 2021, a sculpture entitled “Bust of York”, by an unidentified artist, appeared on the pedestal of the former statue of Harvey Scott. The statue of Harvey W Scott was found toppled to the ground on the morning of 20 October 2020 following a series of statue removals during racial justice protests in Portland. Inscription reads: “York – The first African American to cross North America and reach the Pacific Coast. Born into slavery in the 1770s to the family of William Clark, York became a member of the 1804 Lewis and Clark Expedition. Tough York was an enslaved laborer, he performed all the duties of a full member of the expedition. He was a skilled hunter, negotiated trade with Native American communities, and tended to the sick. Upon his return east with the Corps of Discovery, York asked for his freedom. Clark refused his request. The date and circumstances of his death are unclear." 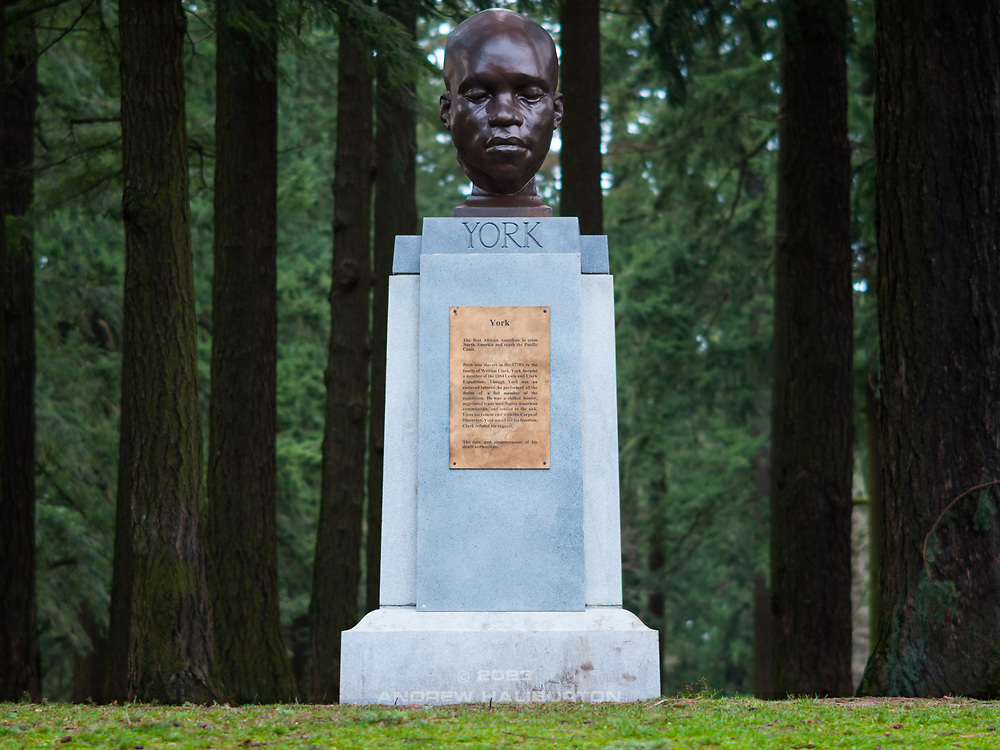