Pothole 7 – Potholes in the Park with Pelon

A mini-series following my 44mm-high Homies character Pelon, where he poses for photo ops at potholes on the streets of Mount Tabor Park.
Leadership fixes potholes, not patching.
Chronic neglect of Portland’s streets is manifesting in the burgeoning number and size of dangerously large potholes across the city. Here, pothole road damage is seen in Mount Tabor Park, Portland, Oregon.
Engineering: From a technical perspective, a great deal of information can be gleaned from a deep pothole, as it provides a cross-section-view of the pavement structural section…or lack thereof, as in this case. Here, the asphalt wearing surface is heavily pitted, highly oxidized and brittle, confirming many years of neglect. The asphalt layer is minimal; confirming this road never received the maintenance originally planned. The river-rounded pebbles of the base course layer tell the story of a roadway constructed originally from deficient materials. Roadway base course should be well-graded, faceted aggregate so as to provide optimum particle interlock – a crushed and sieved mix from those same pebbles would suffice. Pelon is standing on concrete – evidence of a previous attempt to effect a repair – but that repair effort was doomed to fair because it was placed too thin, and was never going to be waterproof. Poor drainage has contributed to the failure of this road. The conclusion is unequivocal; this road has failed and no amount of patching will restore a level of service – or service life – that should be reasonably expected of it.
#portlandpotholes #PortlandOregon #MtTaborPark #potholes #neglect #deferredmaintenance #fail #safety #politics #civilengineering 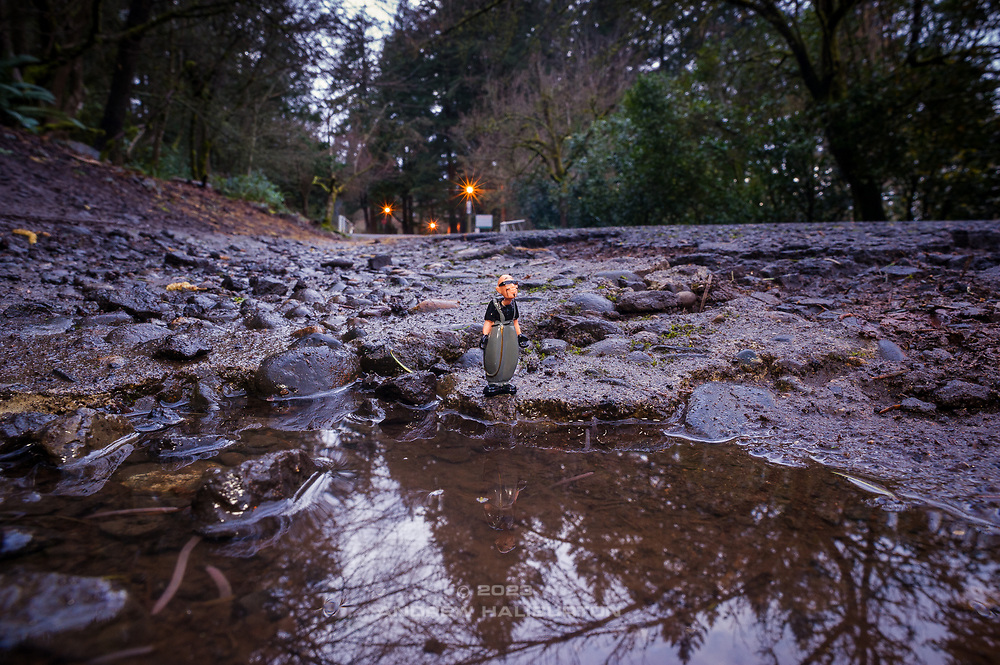